The 7 Most Happening Neighborhoods in Dayton 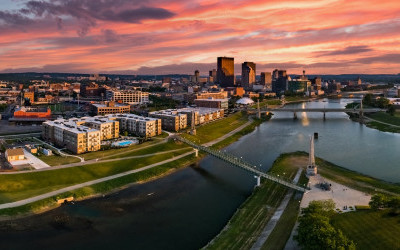 Dayton, Ohio’s “Gem City” nickname is apt — it’s a bit of a hidden gem amongst the larger metropolitan cities in Ohio. Dayton has much to offer anyone looking for a place to live in the area, and Dayton residents know their neighborhoods are rich in entertainment, culture, beauty, and community.

Here are the 7 most happening neighborhoods in Dayton.

The Oregon District is the oldest historic district in Dayton and offers just about everything a person might look for in the urban experience — art, food, night life, entertainment, and rich history evident in the architecture and overall feel of the neighborhood.

Oregon is compact — only 12 square blocks; but the mix of residential and commercial sections together make the neighborhood feel like a community while also serving as a hub for visitors looking to experience Dayton. With a constantly revolving set of festivals and events happening in the district, even Dayton residents can visit Oregon to feel like a tourist in their own city.

The Oregon District is also home to Fifth Street (named one of the American Planning Association’s top five great streets in the U.S.), the bustling heart of the district. Stop by on a weekend to experience Out on 5th, when the street is closed to vehicular traffic, giving it an all-the-time festival feel. 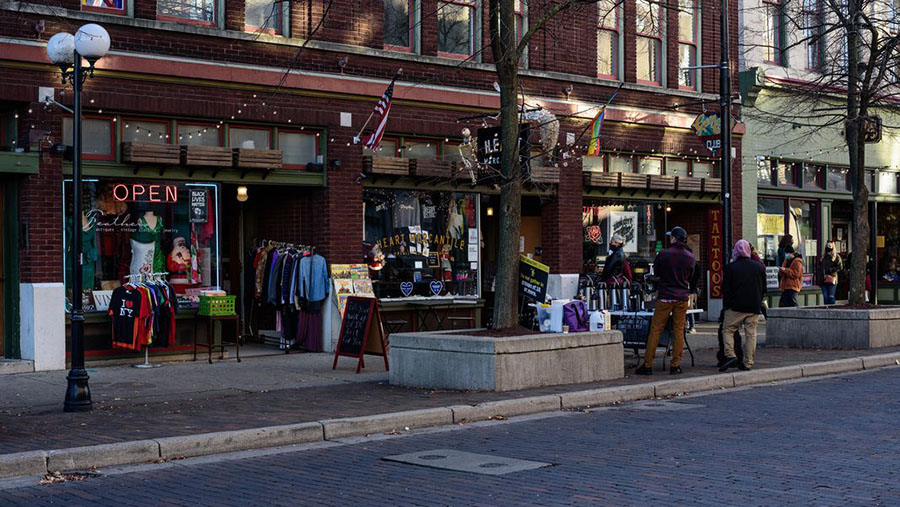 Downtown is the business hub of Dayton, full of young professionals on the go and the restaurants, bars, and coffee shops where they spend their spare time.

While Downtown Dayton features the tall buildings and big-city feel you expect at the center of any metropolitan area, it also has its fair share of urban parks and a beautiful river corridor (currently undergoing an exciting upgrade and expansion plan) to balance it out and give residents a place to enjoy the outdoors. 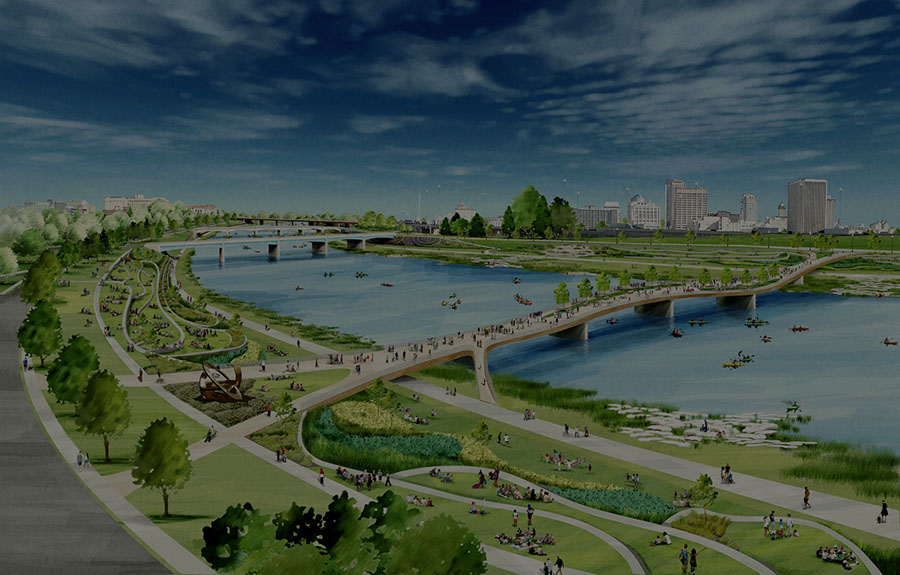 South Park is also one of Dayton’s historic districts, nestled in a perfect location between The Oregon District, Downtown, and The University of Dayton. South Park is a great place to live if you’re looking for a quieter neighborhood that still offers quick access to what’s happening in the big city.

Residents in South Park are within walking distance to many of the attractions in the Downtown and Oregon neighborhoods, and its proximity to The University of Dayton means those who attend school and work at the University often live in South Park or venture there to enjoy the bars and restaurants.

South Park definitely has a residential community feel, with tree-lined streets as well as walking and biking trails, making it an ideal spot for families who want to stay close to Downtown without being right in the center of the action. 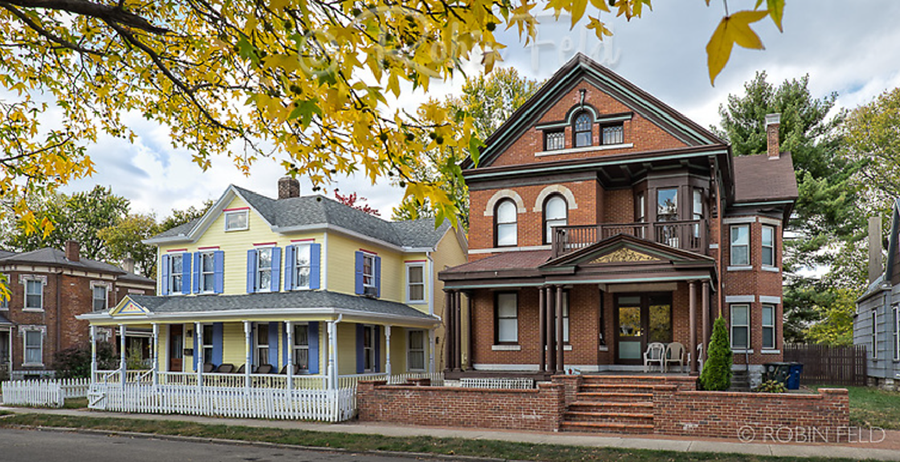 Located in Southeast Dayton, Shroyer Park is situated a bit further from the center of the city, but residents still enjoy easy access (about a 10 minute drive) to Downtown and a mix of urban and suburban community vibes that make it an enjoyable place to live for young single people and families alike.

Shroyer Park features lots of neighborhood-favorite bars and restaurants that have a more local feel than those you might find closer to Downtown. It’s also right next door to the University of Dayton and its Student Neighborhood in University Park, which offers entertainment of its own in the form of sporting events and theater productions. 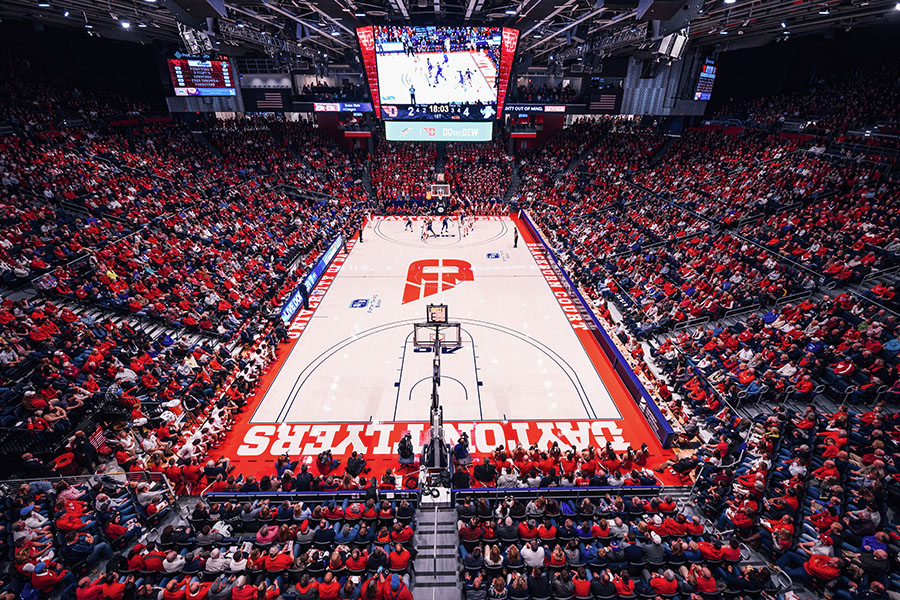 Patterson Park sits on the Southeast edge of Dayton, a perfect spot for people and families looking for a more suburban environment while staying inside Dayton proper. Like Shroyer Park, Patterson Park has quick access to Downtown by car or public transportation, so it’s an easy commute for professionals who work in the city.

With more green space between homes and less hustle and bustle than neighborhoods closer to Downtown, Patterson Park is a family-oriented neighborhood with a laid-back atmosphere that also makes it an attractive option for empty nesters and retirees.

While Patterson Park may not be a destination for Dayton nightlife, it has plenty of bars, restaurants, and parks for local residents to enjoy and an active civic association who keeps the community engaged and plans seasonal events like the annual Garden Tour of Patterson Park, Home Decorating Contests, and Summer Picnics. 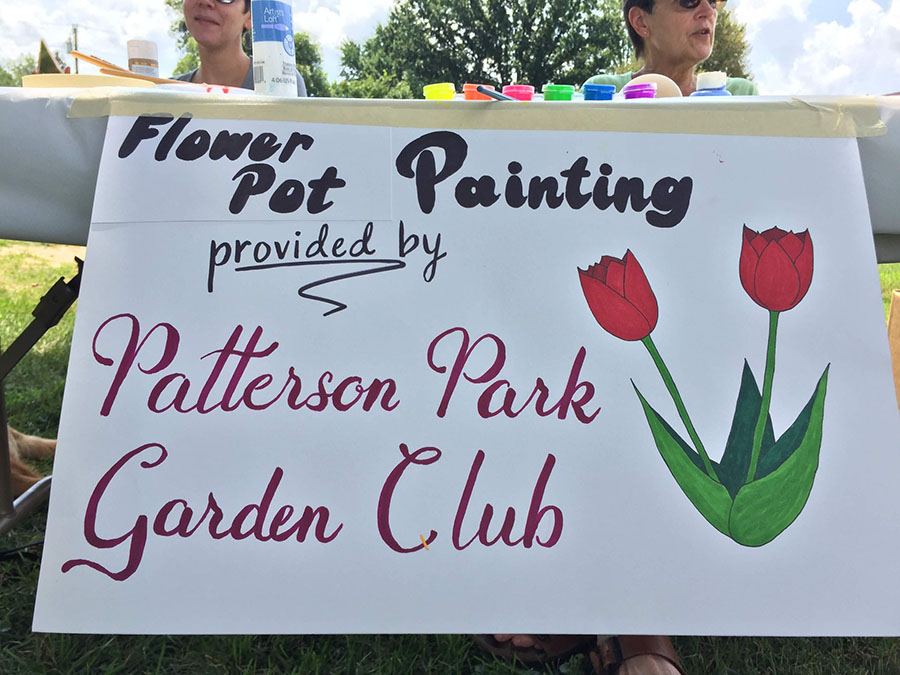 Oakwood and Centerville technically fall just outside the borders of Dayton, but both are just a car ride away to downtown. They offer the best of both worlds for many families — the amenities of a suburban neighborhood with quick access to the city for weekend visits into Dayton or a close commute downtown for work.

Both have school districts in the state’s top tier, local businesses with small-town charm, and lots of green outdoor space — including Stubbs Park and Amphitheater in Centerville, which hosts a summer concert series each year. As for Oakwood? Niche recently named it the #1 place to live in Ohio. 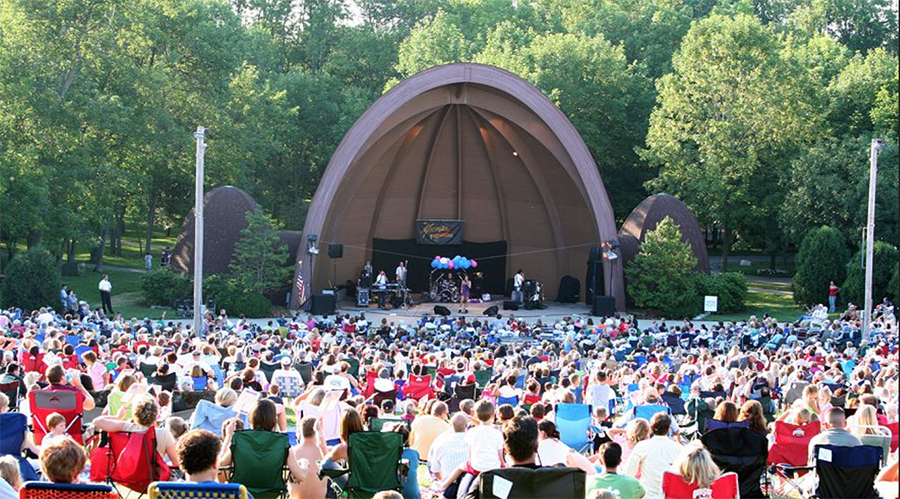 What’s Right for You?

Choosing your neighborhood is one of the most important steps you take when you’re purchasing a new home. Fortunately, Dayton has a variety of neighborhood options that fit diverse living preferences and are easily accessible to each other.

No matter which neighborhood you choose, you’ll have the opportunity to get the full experience the city of Dayton offers as you make it your home.